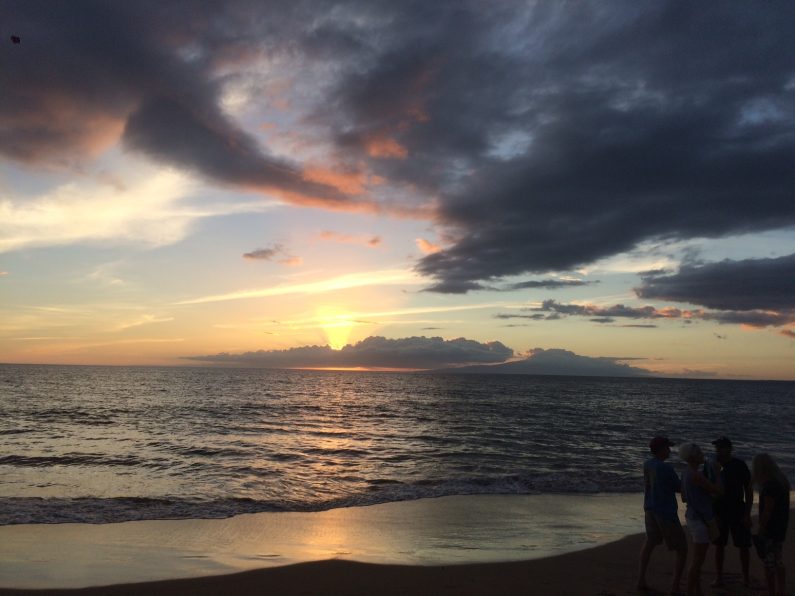 For the past school year, I have been deeply pondering minimalism. No one in my house is  wearing diapers anymore, and my first two children are self-sufficient at this point, so maybe I just finally have enough sleep and time to think about this after 19 years of homeschooling. Minimalism is the catch word for a new movement that isn’t really new at all, but is a natural result of a country run amok in consumerism over the past 70+ years.

I think many of us are collectively weary of “the stuff,” and want more peace, meaningful relationships, and  spiritual focus. With all the time we spend tending to our ever-accumulating stuff and crowded schedules, it’s hard to visualize this.

Of course Jesus was way ahead of all of us:
Then he said to them, “Watch out! Be on your guard against all kinds of greed; life does not consist in an abundance of possessions.” Luke 12:15, emphasis mine.

I was recently doing some research for an article I was writing on this subject. What I found is fairly shocking.  The average size of an American home has more than doubled since 1950, largely just to contain our belongings. Studies show that we tend to regularly use just 40% of the square footage we live in. We also have an average of $7200 worth of unused items in our homes.

And as our homes are overflowing, we, as Americans, rent a lot of self-storage space. According to IBISworld, annual self-storage revenue was estimated to be about $32.7 billion (that’s billion with a B) in 2016. That figure is expected to grow at an annual rate of 3.5 percent over the next five years.

We as a nation are literally drowning in our possessions.

Well obviously this isn’t true of everyone. We have personally never rented a storage unit, and we can park a car in our garage. Being a mostly one-income homeschooling family doesn’t generally allow for a lot of ridiculous excess, but we have excess in other areas of our lives. I have hundreds of books, lots of science experiment stuff and math manipulatives, globes, craft project items, instruments, and more that we use in our homeschool. But as the caboose child is now in 7th grade, I’m realizing that it is finally time to move along some of the younger-student items.

I have boxes and boxes in my garage that are likely mostly filled with items I will never need again. Everyone in my house owns too much clothing and shoes. I have far too much unnecessary paperwork that could probably be tossed or shredded. We have non-working electronics and the accompanying mystery cords galore. And don’t even get me started on the garage. We, as many other Americans, simply have more than we need.

Two Suitcases/Two Years
When I moved to France in 1989 for a two-year stint, I took just two suitcases and my Macintosh computer and printer. I mailed myself a box of winter clothing before I left (which arrived months later thanks to a French postal system strike), and that was about it. My belongings were sparse but my spiritual life wasn’t. If anything, I needed to depend on God even more for my daily needs than I am often aware of now in our relative abundance. Obviously now that my family unit has gradually expanded from just me to six people over the past 24 years, owning just that tiny number of possessions would be challenging, but life was certainly simpler with fewer things!

And as Jesus also called for us to care for others, I’m now working on a few ways to not just simplify our lives but bless others at the same time. Here are a few suggestions for 2021 if you want to join me in my mission/resolution to de-clutter and simplify. First, think about your goals. Do you want to reduce debt with the funds generated, help a particular ministry, clean out the garage, bless other homeschoolers? After thinking that through, here are some suggestions.

Ways to Move Along Unwanted Stuff

With a love of literature, and a library card she’s not afraid to use, Karen has devoted herself to educating her children at home. Now with two through college, a high schooler and a middle schooler, she feels she is equipped with the passion and time to share her experience with others on the adventure of homeschooling.

With a love of literature, and a library card she’s not afraid to use, Karen has devoted herself to educating her children at home. Armed with a big cup of coffee, ‘A Charlotte Mason Primer,’ ‘The Read-Aloud Handbook’ and a tattered copy of “The Complete Tightwad Gazette” she set out to raise kids with a love of books and learning, while managing the budget of a family of 6 on (mostly) one income. At one point she was teaching high school, middle school, elementary and pre-school! “Use It up, Wear it out, Make it Do, or Do Without” was not just a magnet on the refrigerator, it was a way of life! Now with two through college, a high schooler and a middle schooler, she feels she is equipped with the passion and time to share her experience with others on the adventure of homeschooling.